The majority of DjangoMango's applications come with ready-to-run Docker compose and build files. But you'll need Docker to use these files.

We package the majority of our applications with Docker compose and build files which include everything you need to get set up. What does all that mean? Well, it means you don't need to worry about manually installing Django or any of the dependencies needed by our applications, even in a development environment. And you can be assured that you will be able to replicate the exact same environment we used to build and test your product. The catch however, is that you need to install Docker and docker-compose to take advantage of our work. So let's get to it.

Using WSL? You're Not Finished

Please note, for WSL users, you will need to give Docker access to the WSL distribution after you have installed it. If you are using WSL (and not WSL2), then once you have Docker Desktop installed, open up Docker settings and under the general tab, select 'Expose daemon on tcp://localhost without TLS'. Alternatively, if you are using WSL2, then open up Docker Desktop settings and select the option to 'Use the WSL 2 based engine'. It's as simple as that.

All of DjangoMango's applications are developed and tested on a particular version of Docker and docker-compose. The version for each product will be detailed on it's product page and in it's README.md. In most cases, you will be fine to run a more recent version of Docker or docker-compose than we specify, but may encounter issues if using an older version.

Docker Desktop users can check their Docker Engine and docker-compose versions by using the 'About Docker Desktop' page.

Or, if you only have access to terminal, you can check your current Docker Engine version by simply running the docker version command: 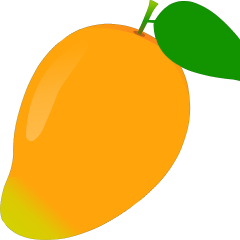